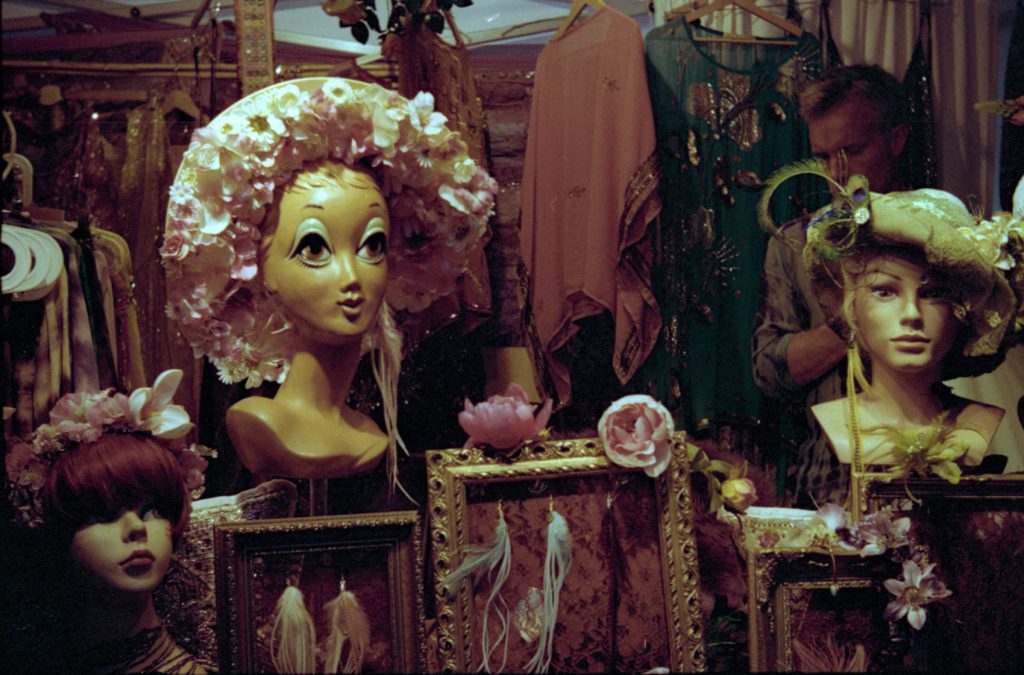 I admit to like cameras! In fact, I like everything about all sorts of technical things and electronic devices. Plus, I like variety! Being a kid of the digital age I quite enjoy going back to exploring photography in its purest form which for me is going back to film. This also means to shoot different cameras with different limitations.

My most recent purchase was the overly cute and stylish Voightlander Vito C. What makes it almost look like a compact camera is the fact that it is a range finder camera. It also features a short optical 50mm system with a build in leaf shutter.

speaking of limitations, I knew it would be a drastically different experience using a camera with no feedback on what will be in focus. The range finder windows just allows to judge the framing, everything else would be guess work. But I was all in for a good challenge and to try out new things, just did I not know how „hard“ or different it would turn out.

Off to new horizons and exploring photography Yay!

Because when it rains it pours, so to speak one challenge hardly can be enough. I went out with the intent of shooting  Kodak Color Plus 200 – Color Negative Film in a range finder camera, doing street photography at late hours in the evening into dusk. Which meant slow shutter speeds and still push processing the film for 4 Stops.

In another project I already discussed my first experience with push processing this film for 3 stops and was quite confident to pull this one off as for processing the film, not being too concerned about color consistency than to get usable images with interesting subjects.

Little did I know or realize what a comfort it is to shoot an SLR yet I would discover this shortly even while shooting my roll or film. 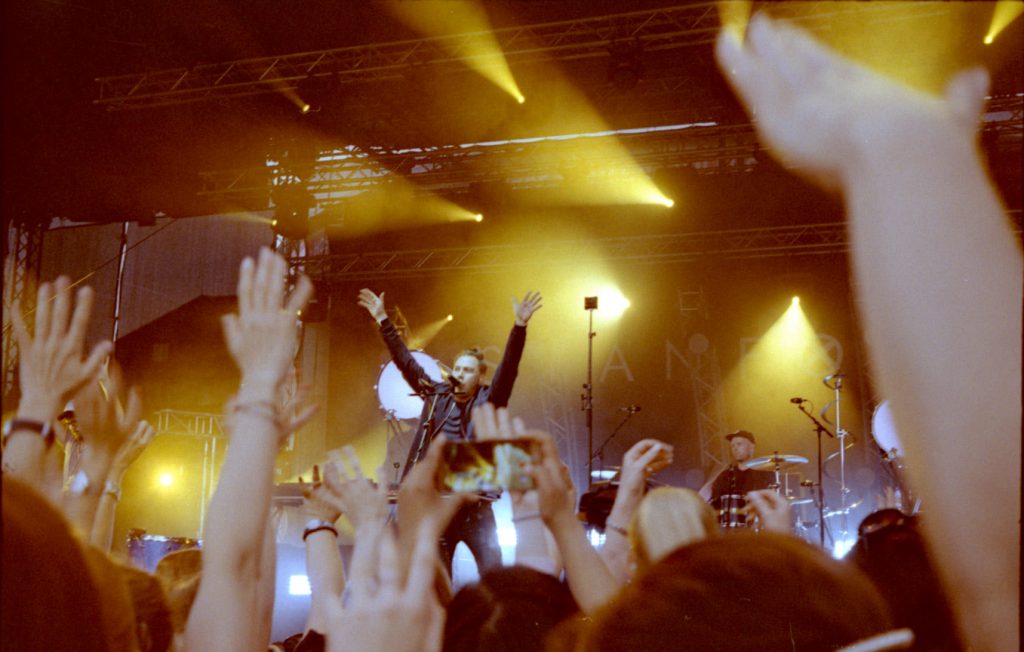 My Relation To Street Photography

When I first got a camera I quickly became interested in shooting something else than still subjects. I found the idea much more challenging and was always amazed by black and white street photography after browsing 500px.

Not having much experience in the field of photography it quickly became hunting people down in the streets and taking snaps of their faces without them knowing or bluntly while them taking notice but not asking.  I had no sense for the intimacy required nor on how to tell a story with an image or a series of images. However, now I can tell through this phase I also discovered my attraction to human faces which lead to where I am now, taking mostly portraits.

When I now think about street photography I still see it like this balance between artful photography, telling a story and sometimes crossing lines of privacy. Yet the balancing act needs to be perfectly executed. I have to admit, I will never reach that level of perfection nor do most people doing street photography. Most of us just end up with more or less beautiful snapshots if we are honest with ourselves. The truth is, it is simply a really hard thing to do because it is not our perception in that very moment that counts but the perception of people who have not been in this moment and place. 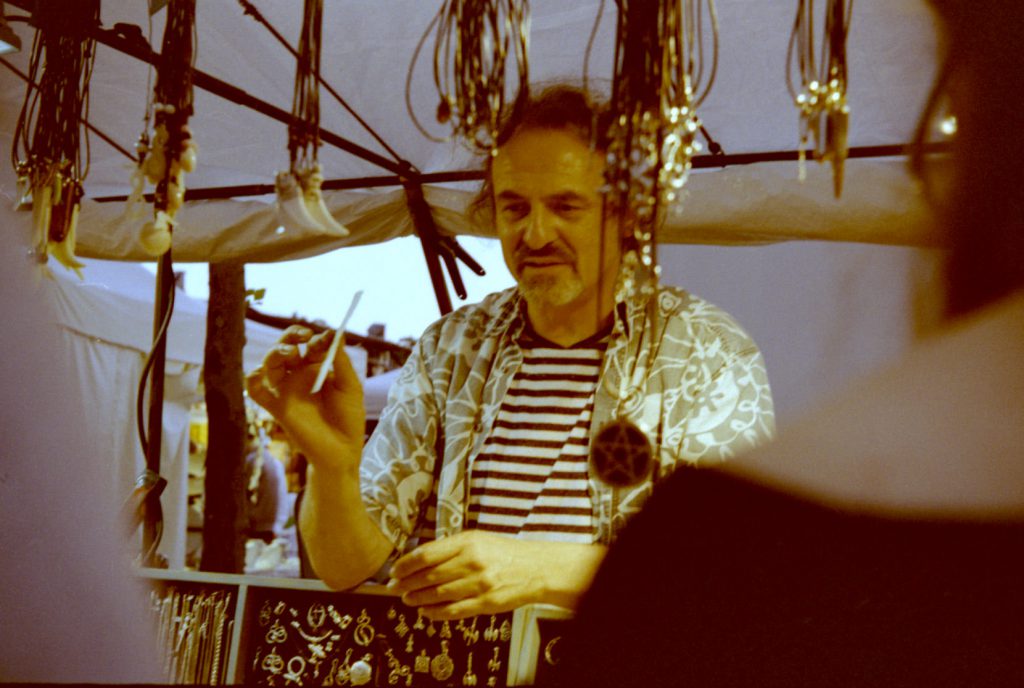 Heading Out To A Local Street Festival

As I was planning to go out and take some shots with this camera I knew I would want to go to a local street festival but being realistic about by skills I had no reason to believe to come home with great shot. To me it was just an exercise to try something out of my comfort zone in order to know my limits better and to eventually learn a thing or two.

I am shooting film long enough know knowing that it is best to think what you can expect from the situations you might find yourself in before heading out and more so when limited to just one single roll of film.

I knew at this festival we would have multiple stages with music performers and stage lighting. This was something I was interested in just to see how it looks on film. Also, there are always multiple booths offering food and people selling random things. When I was heading out, it was already quite late, party for the reason so that I could capture the stage lighting. By then I already knew it would become hard to decide how far I can push things in terms of shutter speed and pushing the ASA 200 rated film 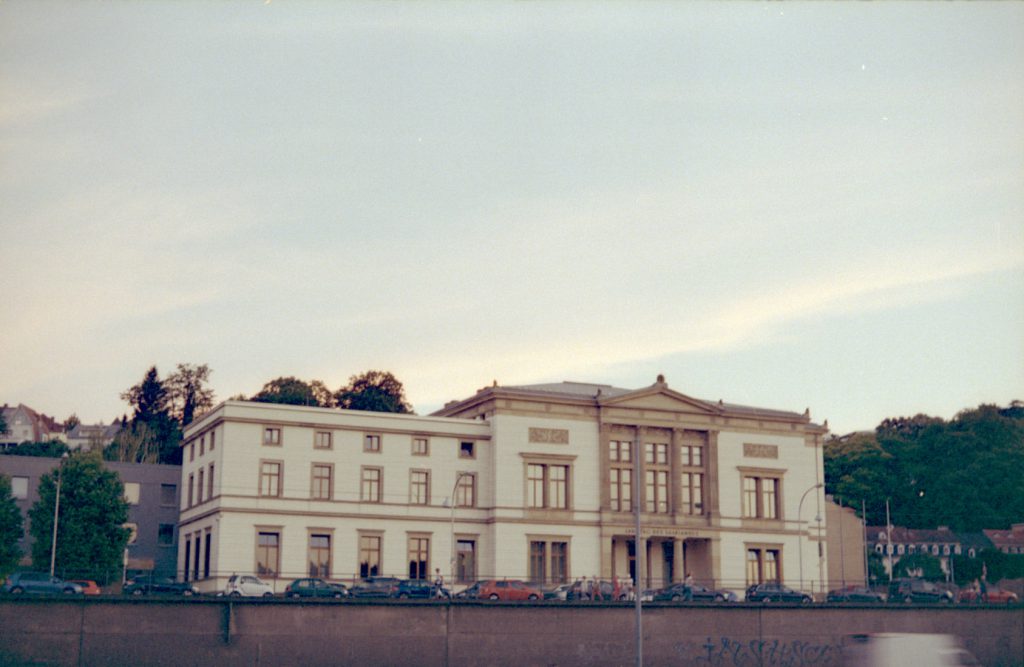 Sometimes Things Just Go Wrong And You Know It

I already mentioned not having high hopes as for the outcome of this roll but needed a reason to get out of the house and test this camera model because there is no reason buying a camera just to put it on the shelves.

Whilst allowing myself some headroom to play with in terms of shutter speed and aperture, my confidence in getting good shots quickly turned in to „oh boy, it is getting darker much faster than expected“.

My focus and all my attention went into looking for opportunities to snap and my framing. That is what I am used to doing and trained myself into. I have tried to keep the focusing present but did not manage to establish it as a routine before each shot, so I found myself noticing the shot after that I completely ignored focus. I will put all the bad images into the gallery as well so you guys can see what went wrong.

Another struggle turned out to be shots from the hip without looking. I expected 1/60s to be ok-ish to get away with it but how miserably my assumptions had failed me!

And if that was not already enough, When I was rewinding the film, I noticed a hard stop and expected the film to be rewound completely. On my way home I then opened the camera and to my surprise it did not. Needless to say how it has ruined a couple of shots. I tend to say it must have been my best shots. haha 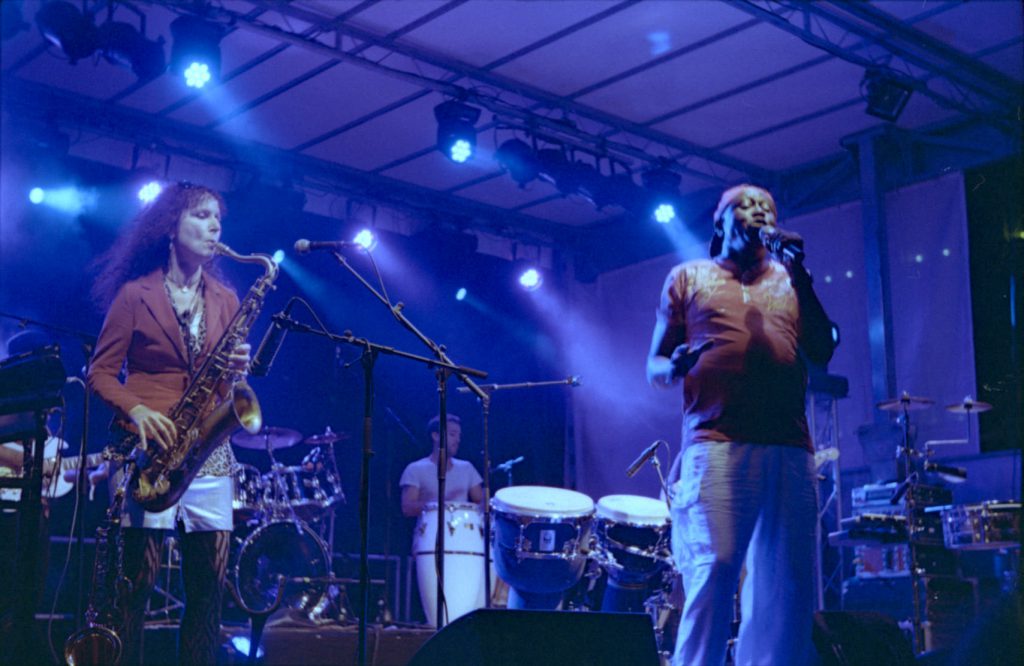 4 Stop Push Processing – The Sky Is The Limit

Coming back home from this miserable try on street photography I went on processing the film. Whilst keeping in mind I underexposed most shots, more than I originally intended, I decided to try pushing the film 4 stops. At this moment I simply wanted to know if it still worked with such cheap film as I am all for making the best out of what you have and what you can afford.

warming film with 38°C water 8 minutes
developer: 6:50 minutes at 38°C
fixing 4.5 minutes at 38°C
Rinse 3 minutes with water at 38°C
stabilize 1 minute at 38°C
final wash with the left over water and then cooler water for about 10 minutes 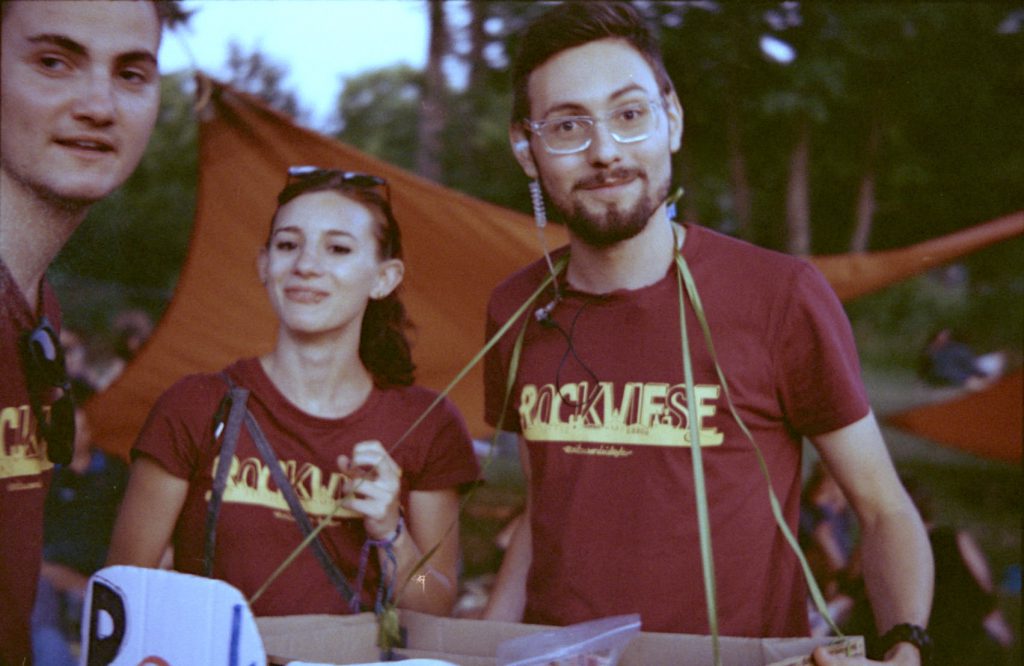 After inspecting the images I can tell I am glad I did go out, failed and nevertheless processed them, because of the little things it reminds us of.

Shooting range finder cameras with no feedback on what is in focus or not probably is not a thing I will get used to any time soon. For that reason I also bought myself a similarly 35mm camera, which has a mirror but is comparable in size: one of the Zeiss Icon Contaflex cameras

My key takeaway is realizing once more that what works with one camera does not need to work with another. This is true for film cameras in particular. And as pushing film has always worked for me so far, I will be more cautious with allowing more leeway as for which settings to choose. better safe than sorry.

More Images Of My Try On Street Photography  .