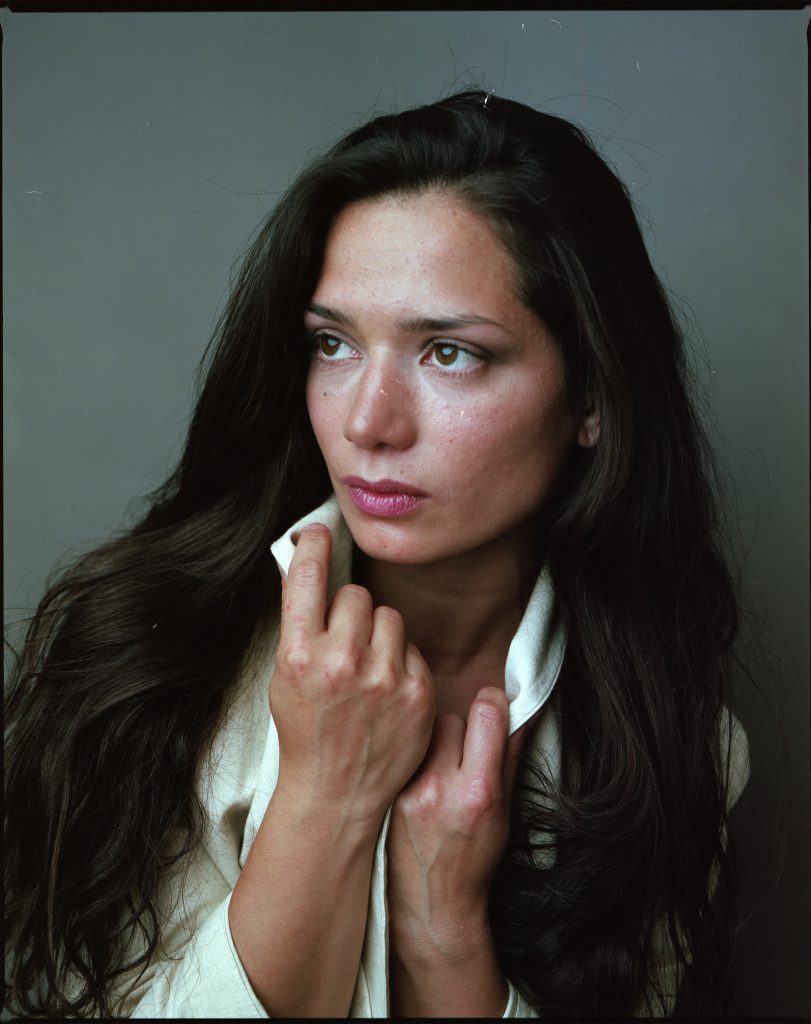 Before that shoot I never shot a portrait session with color negative film and processed it on my own. The added effort and precision that is supposed to go into processing color film scared me away from trying at first. So, I ended up dropping up my film at a discounter store for them to send it in to one of the bigger labs and to wait over a week just so I could scan my negatives.

I was just fed up with this workflow and tired of waiting. More so when I shot black and white film and color film. It was just frustrating to wait for the negatives to arrive after the other rolls had already been processed and scanned.

After deciding to try the C-41 process on my own and being ok with having more bottles filled with chemicals at home I went on and just bought a Tetenal c-41 kit. The instructions in it are pretty clear and it turned out, except higher temperatures, the process is not that much different to black and white. But what could go wrong compared to dropping it off in a discounter and not knowing if your film is going to make it back at all?!?!

So I just ran with it and wanted to shoot portraits as I had some Kodak Portra 400 in my fridge, waiting to be shot. Now to find a subject.

I had loaded up my camera and still did not decide on what to shoot. As I get quite some requests of people asking if I would shoot them (most of them I must turn down due to time management and other than that I can be very picky) I reached out to one or two people I recently talked about getting together and to take some pictures.

As I mentioned before, I can be really, really fussy when it comes to doing TFP shoots. One reason is that I have quite a full plate to deal with: running a little retouching studio is just one of many things to take care of. Then, over time I felt people do not really appreciate putting in time and effort in photography projects and, over time, I got quite frustrated with it so I really did not do any personal projects for about one full year. I still am not keen on doing it if I do not have a reason to test something or if I do not like the idea and setting, I would throw myself into.

But this was a time I was eager to get the creative juices going again. As I had an interest in setting up a shoot, aside from having pictures to post, I was determined to make things happen, set up a date with a girl, thought about how I would approach the shoot and then waited for the day to come.

With all the excitement accumulated about shooting and getting to do new things which is exciting by itself, plus, I like doing things with my hands and away from a computer screen, I was sooo ready!

What I was not ready for was to be informed that the girl I set up the shoot with was not feeling well. More so, I had to reach out multiple times to check times for the day until I finally got a response like „uhm, well, I was out partying last night, and I am still fucked up and not feeling well. But I would get myself together and somehow make it to our shoot“.

I am sorry but I just am over such things. Just not worth my time, So I was already thinking about rescheduling my day. Before doing so I did one Facebook post about searching for a model replacement for the day. First few minutes, nothing I was happy with, tooooo meticulous, as always.
So I rescheduled and got some work done.

While taking a break from computer work, I switched back to Facebook, browsing through notifications and message inbox I noticed the name of a girl of whom I knew asked once before if we could shoot. I was responding that I had already rescheduled the day and now doing different things of which she responded it would be fine as she just came back home later today but had no further plans and would be available.

In that moment it was just the right thing as I pulled some tasks from my schedule for later in the day to replace the shooting. So, I agreed on shooting with her later.

To be more precise, later it turned out to be 10pm that day and like I always do, we first took the time to talk to familiarize ourselves.

I now always make sure to have a few minutes pre-shoot to talk. I ask questions and am looking carefully on how my subject does respond to my questions. Ideally it takes me just a few questions to find a common interest to elaborate on. In this case it was actually her saying, oh, you remember my friend XY, you used to work together in an IT department.

In addition to just asking questions, I browse social media for at least a minute or two finding out what I can about the person I am about to shoot. I knew she was also doing IT work and so it was the perfect time to nerd out on a few things. It is nice and usually less expected of girls to be this nerdy on tech, but I happily take it.

As you might expect, the clock was not our friend that day. After all the talking it was closer to midnight as we started. But honestly, who cares? I like to approach it as if the process of taking pictures should not be what matters but the experience I have with the other person. Taking the shots just has become more and more secondary to me.

Or let’s put it that way: I do not like the process of taking pictures and getting on the way of getting honest shots!

And yeah, we have had some fun times, I bet you can tell by this image. I am basically just waiting to catch such an in-posed, in-staged moment. Yet I must acknowledge that with shooting film, it can be harder to catch those moments as for the heavy and slow medium format cameras I like to use.

What Makes Me Happy

What makes me still happy, and I like about photography is to get a response from the person I shot with and an image that froze the moment of having a connection. That is my challenge and what fulfils me. Therefore, I press the shutter button in the first place. And this is what keeps me going!

I am not going too deep into the processing here and will save it for another time.
My key takeaways have been the following:
Warm your chemicals in a water bath to 30 degrees Celsius
Once the chemicals are mixed, you just must put them in one after another
The process you are doing by hand is all the same, just follow the times in the description for the c-41 kit you are using.
The whole process takes just a few minutes, like a regular b/w processing

Some Images from the session with Monica