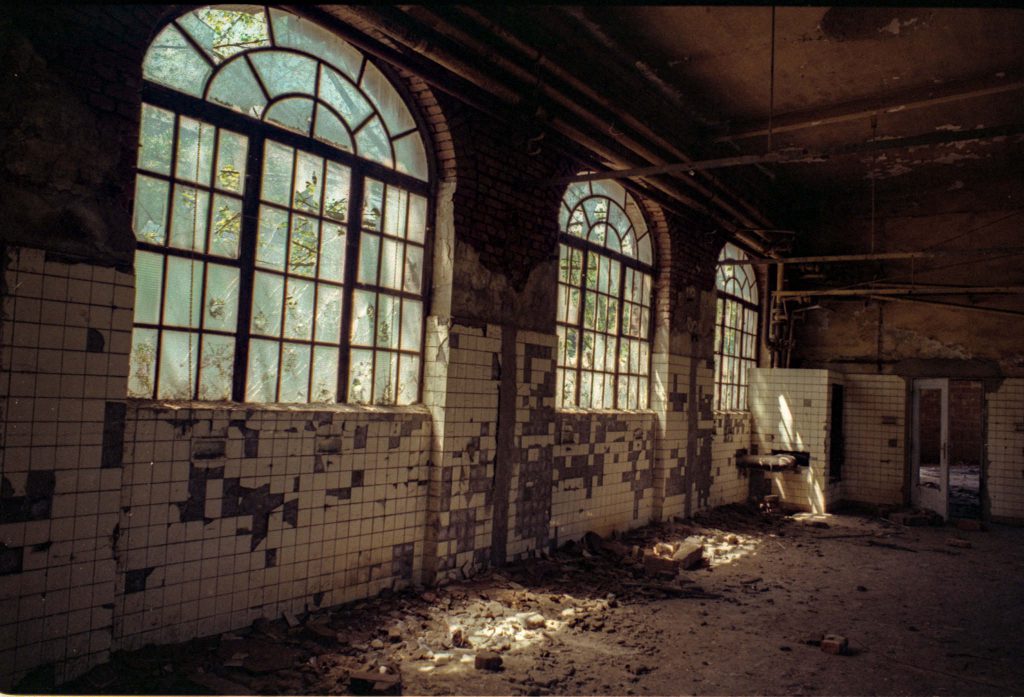 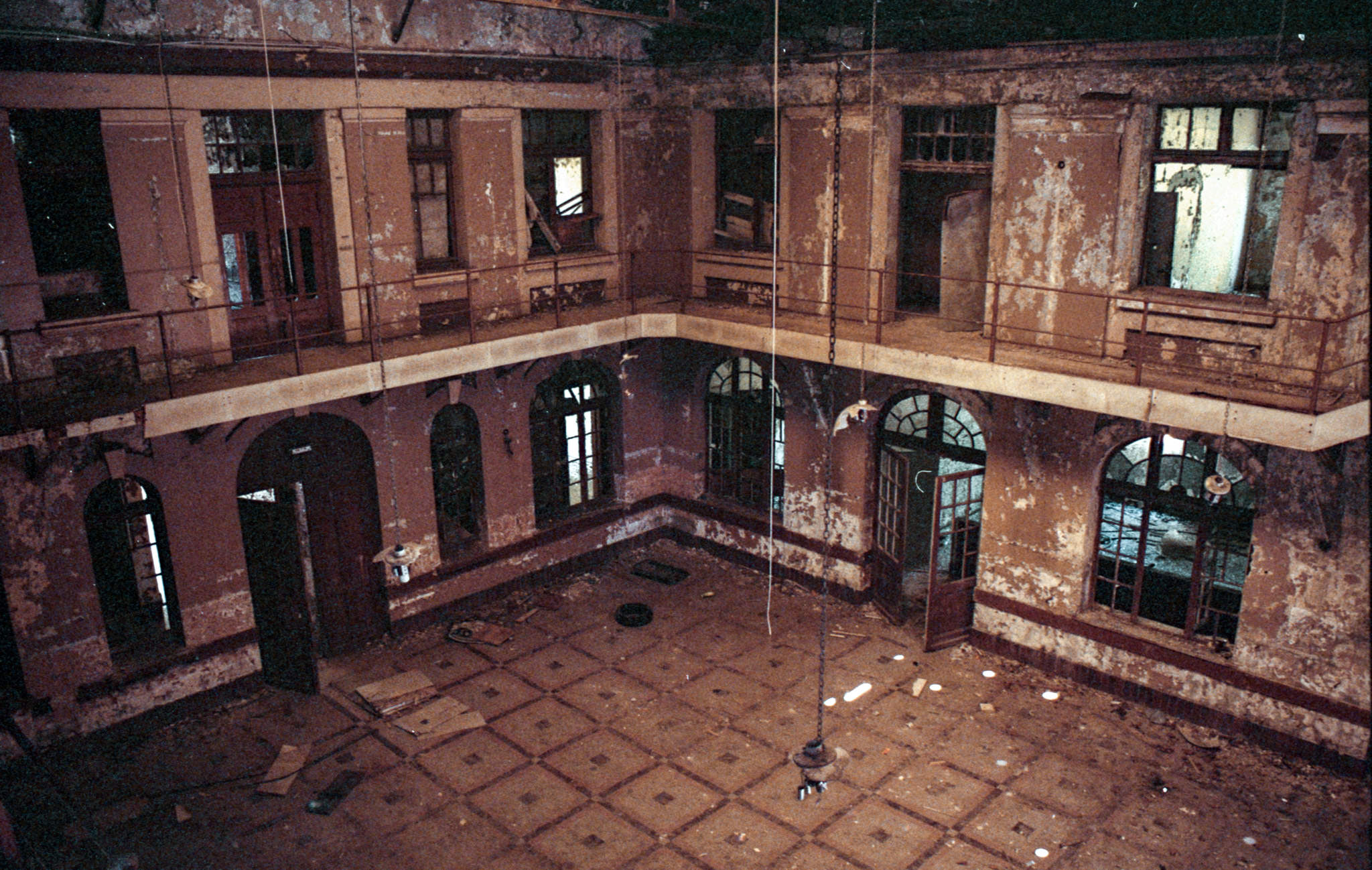 What Lost Places Mean To Me

Back then when I first got a camera and was not sure what to take pictures of it seemed to me that non moving objects were the way for me to go. I was quite a shy person and for obvious reasons more than insecure about my photography skills as I was just exploring the field. My Photoshop skills too were by far not at the level I am at today.

So I fell for what seemed obvious, to get wide angle lenses and to play with Photoshop and use all its magic to stitch panoramas of everything, taking bracketed shots and making weird HDR images (yes, I am guilty of that) whenever I took the camera out.

Pretty landscapes wasn’t something I was hugely interested in either, so I thought, ok I have some friends they are doing that urban exploration stuff all the time. Being a bit of an anti/social person at times I was then rather asking for location hints than for joining a party to explore new venues.

At times then I went out with one or max two friends to explore and as mentioned. shot images without giving much thought to what I am exposing for because I will bracket and HDR anyways. And then of course shoot as wide angle as possible and stitch everything together.

I don’t have to tell you that this was not very satisfying. The images I got took all my post-processing skills I had at the time to fix and prepare images so I could get one or two out of a trip that I was more or less happy with. But for the effort and lack of satisfaction I gained from it I ditched the idea of visiting many more locations and simply lost interest in the topic.

Nevertheless, to this day, I like some things about abandoned places, the decay and to see how nature is taking back over. On the other hand, it is quite an hard task to capture it in the mood it provides you when visiting such a place and I think the majority or urban exploration images are not delivering on this, just because it is hard and it takes obviously more than the drive to go to such places.

Challenges When shooting In This Type Of Locations 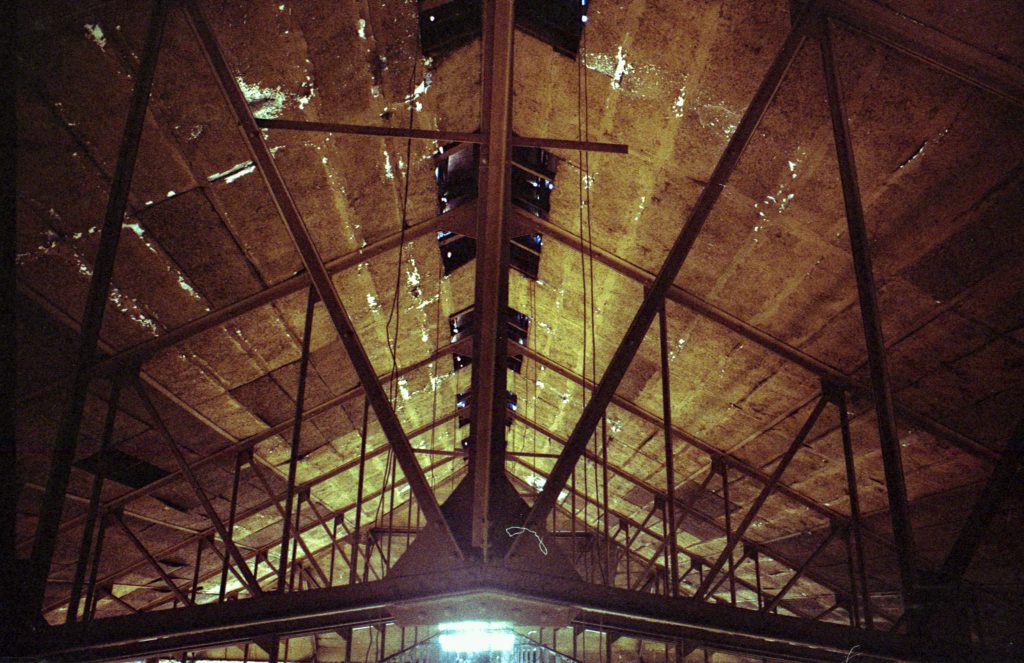 As stated above, I find it quite a challenge to capture the beauty of lost places. One reason I imagine is: it is easy to get distracted and to feel overwhelmed by the situation (also in a sense of being fascinated).

One issue when it comes to shooting is, a lot of places are actually quite dark, either because they lack huge windows or because nature around is blocking quite some light out. With digital that might not be that big of a deal you would think but even if you are able to bump your iso to make a decent exposure, those snaps usually are pretty much lacking any drama. And the drama is what you would expect from such a place.

The location I was visiting the past weekend is located in France, just on the other side of the border to Germany, approximately half an hour from my hometown. As I have visited this place before, I knew it is not a tall building, left overs from an old mining complex. As I remembered, we had been going there late in the day and it had gotten very dark very quickly as the building is surrounded by trees. For this reason, this time, I went there in the middle of the day. Taking one reading in the huge hall, I quickly had to realize it still was very, very dark, considering I had just one camera loaded with Kodak color plus 200 with me. And oh boy, that would mean pushing the film for tree stops and exposing as iso 1600. And all that push processing with color negative film. My confidence in getting any usable results was dropping in abyss/like depths!

Knowing the struggle about getting usable exposures I was constantly thinking about light. Then, I am thinking, isn’t that what we are actually supposed to do when taking pictures?!?!

Light means beauty, light means drama. So I tried to focus on the outer areas of the building, for once to get brighter scenes and second to have more contrasty scenes. I think being forced into this I was able to capture a mood that I was not able to capture a few years back when I visited that place before. 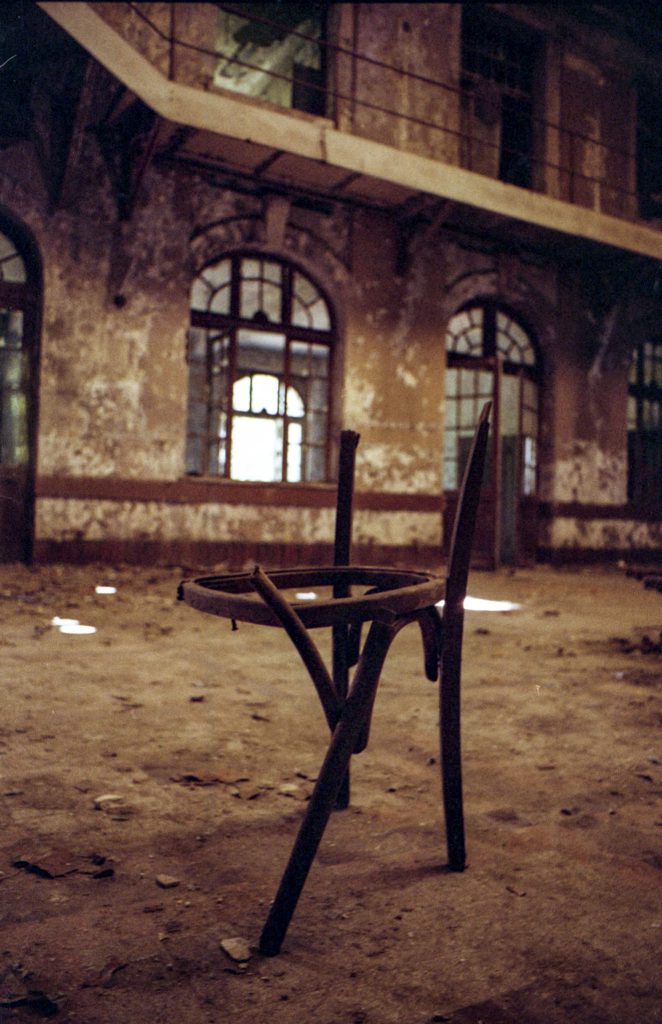 So, Time came to have shot the roll and to thing about how the heck to process this. I was still not sure if I would get any usable images out of this. I have pushed black and white film and usually did not have to push more than 1.5 stops while doing so. Also, I was not sure about the timings and temperatures as I still find it hard to find muuuuch information about it.
When shooting color negative film, pushing does not seem to be insanely popular. More so to just overexpose it in order to get the creamy look out of it.

I did some reading and tetenal obviously recommends to do pushing on film at higher temperatures than the regular processing which should be done at 30°C.

This is what I came up with:

Regular processing time for C-41 at 38°C would be 3:15 minutes.
I have read people recommending all sorts of times for pushing film from 30 seconds all the way to 1:15 minutes per stop.
Factoring in you also should lengthen your processing time every time you are using your c/41 chemicals, I thought I should be good to go with adding 1 full minute to every stop I was pushing the film. (I have used my developer to process 4 rolls of film).

warming film with 38°C water 8 minutes
developer: 6:15 minutes at 38°C
fixing 4 minutes at 38°C
Rinse 3 minutes with water at 38°C
stabilize 1 minute at 38°C
final wash with the left over water and then cooler water for about 10 minutes

What I Have Learned  From This Roll:

Pushing the film is obviously possible and something to explore further. As for times I will definitely lean towards the 1 minute per stop or even a bit more. And I would guess it is very much usable without pulling out too much grain.
Another aspect is to still better overexpose the shot than underexpose (probably been said a 1000 times but it is true).

Sadly I had a few that turned out very dark and had not much information, others turned out quite nice and dramatic, like I wanted them to
You can find beauty in everything, you just have to look for it and not have technical things distract you from searching for beauty. And this goes for everything you shoot, don’t let yourself become a slave of the thing in your hands and actually think. Going from digital to shooting more film, this is something I familiarize myself more and more, yet I am still far from mastering it. Being limited to much fewer shots and much simpler gear is and so far has been a helpful decision to getting better at this photography thing.

I also do not like to think of urbex photography with just shooting super wide angle lenses. I have an 28mm lens for my 35mm camera but that is by far the most wide angle I have been shooting for quite a while. I really like the field of view but also found for myself that 28-35mm is the most wide angle I want to go. To me there often lies more beauty in not showing everything in one image than to take little bits and pieces which, glued together, seem to tell more of a story.

More Images Of This Old Mining Complex in France: