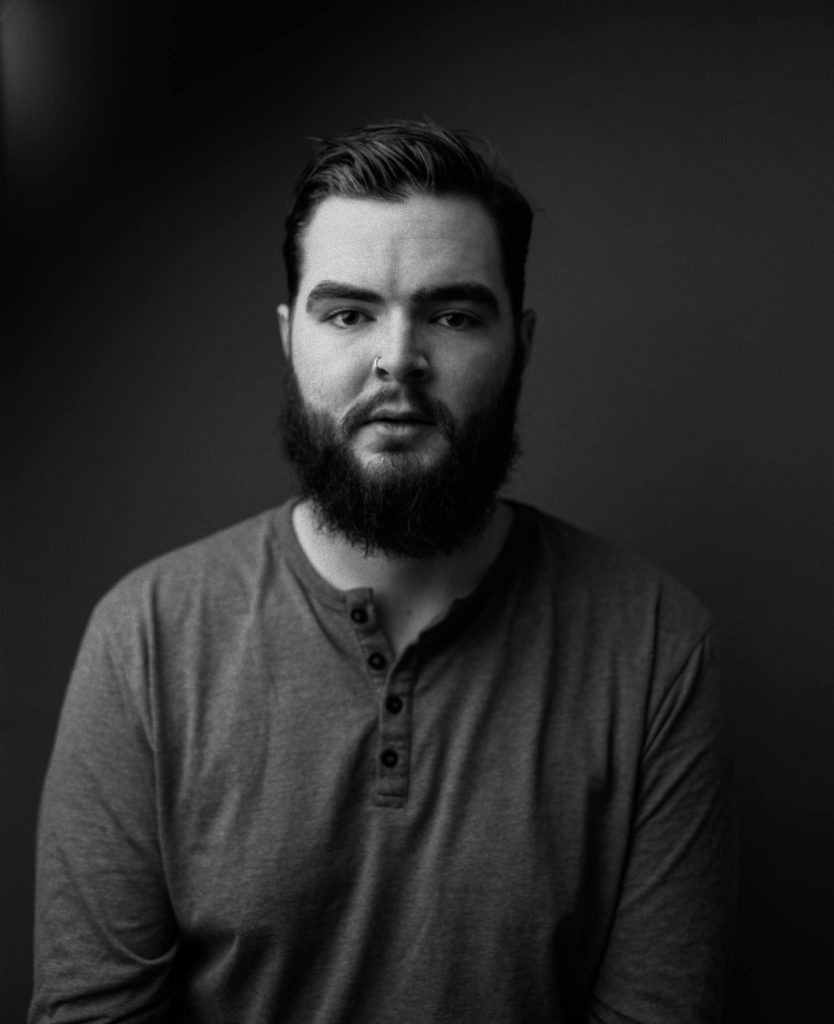 How I Got To Shoot My Subject

I know Felix for quite a few years now, back in the day when I was more active in the music community and had been playing in bands. He now is student at the university of arts in my hometown. So, being interested in arts myself and photography is one of his subjects at university, we had quite some common ground to talk about when we met. His passion for photography kept growing over the past few years and recently, I discovered him being interested in the medium of analog film photography as well. That’s when we decided to get together and take some pictures.

Every time I get to take portraits, I prefer to initially talk quite a bit instead of going straight to shooting. Unfortunately, the day we had choses allowed a time frame of approximately 1h of which we wasted easily half an hour making and having coffee. Yet so we talked and after coffee we went over some analog cameras, I had him load some film onto developing spools and theeen finally, we got to set up lighting and start shooting. One hour time frame (with all the talking it was more like 15 minutes) and one roll of film to be shot.

One Roll To Rule Them All

As we were restricted by time and because I like to restrict myself not shooting too many frames of the same subject or scene, we had just one roll to shoot.

In my opinion, most portrait sessions do not require more. When comparing it to how most people shoot and what private client’s demands are, usually they just need one really good picture. If the portrait is really good, it will stick with them for quite a while. And of course the emotional connection helps, building a report with people and making them feel comfortable throughout the session will be a big part of how they will later perceive their portrait. Shooting less can be one factor contributing to that.

When it comes to processing black and white film, I am really sloppy. I rarely measure the amount of developer pouring into water when doing stand development. In the past this worked relatively well. However, I have never done it with portraits that were this drastic in light fall off. Turns out, it is quite easy to overdo it with DD-X developer. My scans are lacking a bit of detail in the highlights and I had to de/noise those a bit in order to not make it too prominent.

I would suggest aiming for 45 minutes max when doing stand development with DD-x, that’s definitely what I will stick too in the future or more likely, when taking portraits, to stick with the conventional way of processing the film.