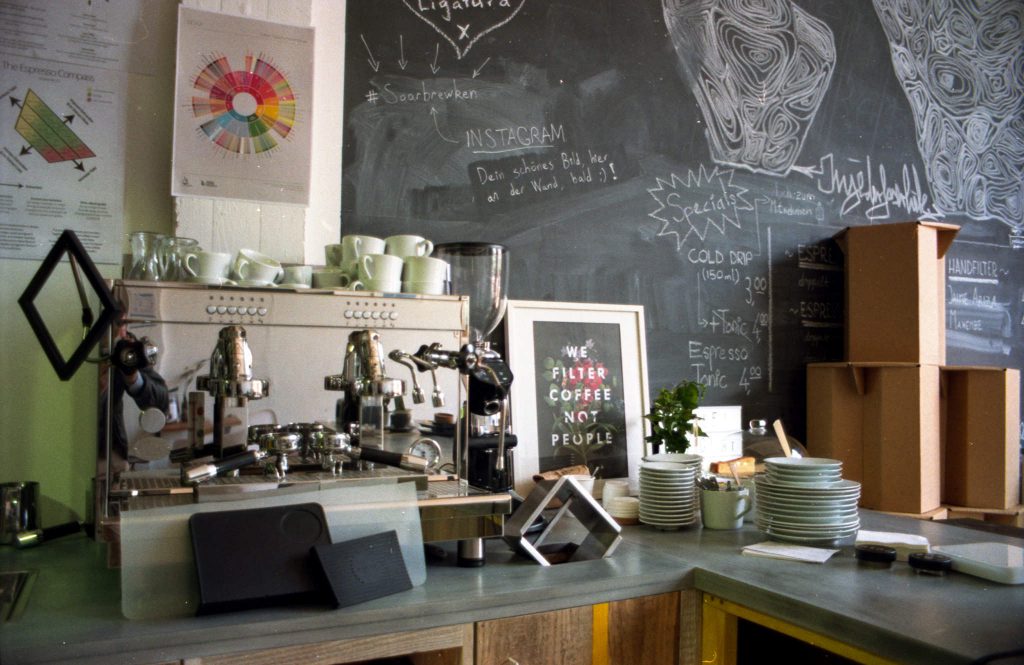 Before we get into  today’s blog post, let’s get the technical stuff across 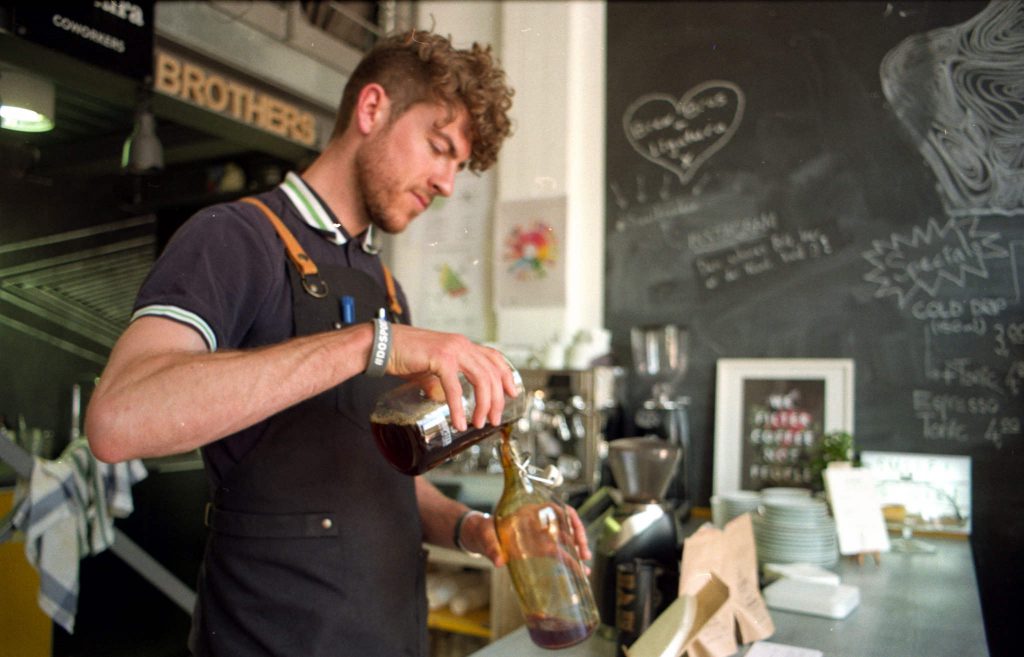 Co-working, Coffee and Color Negative Film. How do these things go together you might ask?

My thoughts on Co-Workers 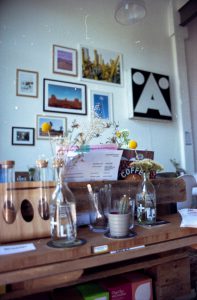 I always imagine co-workers as a special and very social breed of creatives. They are genuinely interested in everything about design and therefore more often than not interested in photography as well.
Back in the day I often looked down on some as being part of the hipster movement but quickly had to learn that this is far fetched and does not do them justice. They are special and deniably more social than the type of creative hiding behind their workstations, working from home and trying to not engage with real people too often. I would be of the latter kind and therefore had my own personal struggles with people being different than me. Gladly, the one who is willing to listen will learn and grow.

Co-workers are very communicative, open to making new business connections and friends along the way and often even share clients and projects, not trying to hide or be in competitive fights with each other. I appreciate this approach and think it is something we, as a society do not practice enough!

As mentioned before, their love in photography, which often is dedicated to using old film cameras, got me in contact with quite a few co-workers when attending local photo walks or other events within the creative industry, all long before I discovered my love for shooting film!
I would not say I was directly influenced by them when it comes to starting analog photography but more as learning being more open to new experiences and looking outside of the box.

My Thoughts On Coffee 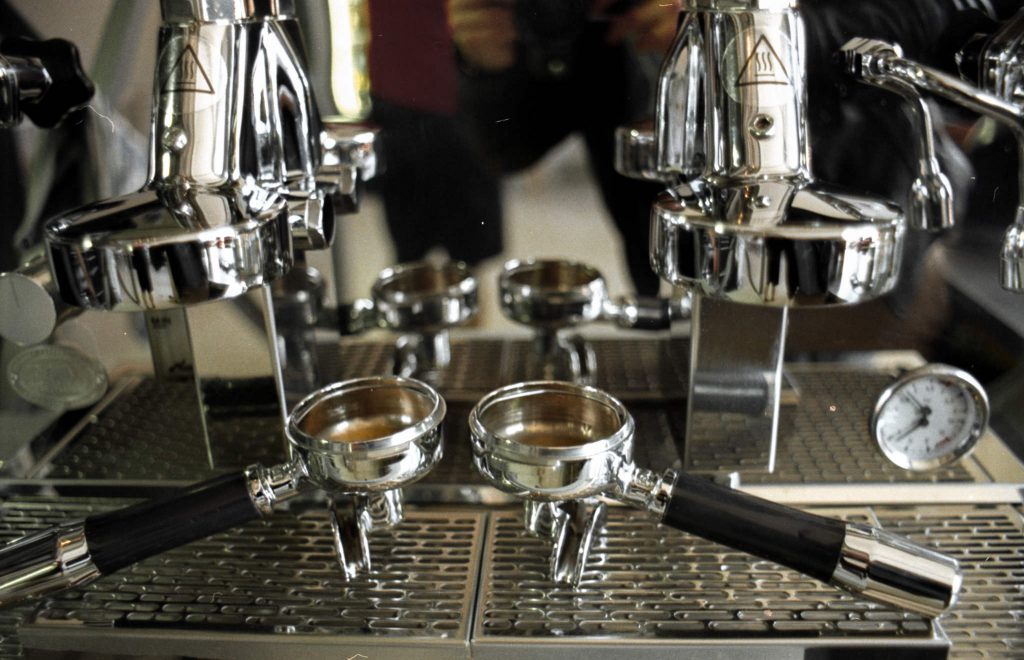 From my experience, most creatives share one addiction: They grave the dark-chocolaty brew, pure or mixed with milk like craaaaaaaazaaaaay! And so do I!

I must admit I had to learn the appropriate usage and Dosis of coffee over quite some years. I used to consume it without giving too much thought to it, which I cannot recommend. Actually we should reflect more on out own behaviors and what we treat ourselves with. You might be surprised how many things you are doing or using day in and day out of a habit instead of, what it once was, actively pursued treat.

Back to coffee, It took me years to get away of the badly produced and prepared stuff one calls coffee. Now I happily deny coffee when I lack the info of how it is prepared (death to instant and pad coffee). No intention to bother you with years of process here, just know I ended up grinding espresso fresh, precisely controlling the grind and using either a pump espresso maker or a moka pot. 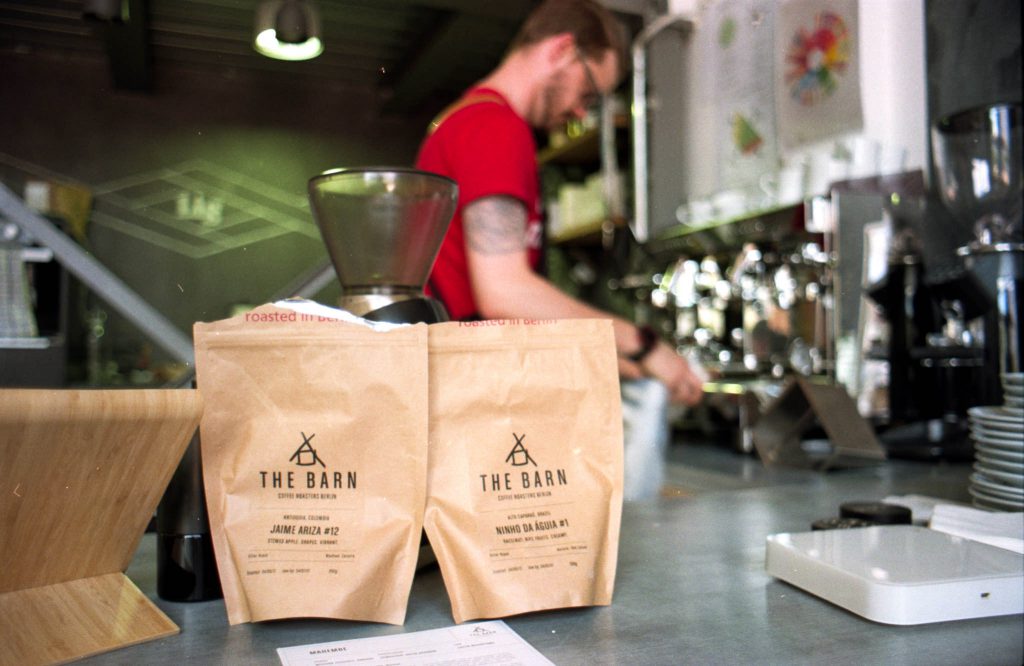 There still is the shared connection we creative minds in the love of coffee. I have not found anyone knowing what this stems from but it seems to be a common treat and a topic we like talking about aside from work.
And here it is where co-working meets it’s perfect pair: coffee. 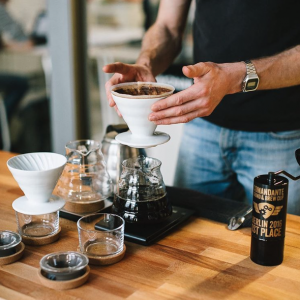 It cannot be far fetched to bring together what belongs together. These must also have been thoughts of Oliver J. Founder of the co-working space LIGATURA. They started their co-working business a few years ago and thanks to their offerings, their good location and nice interior, business seemed to have steadily grown. As a startup grows there comes time for more creative thoughts to thrive: Why not offering the highest quality in town to the co-working family and also to the public? All stems from the shared love of creatives that surely enjoy a good cup of coffee to brighten their day.

Yet another startup project to be implemented, so Ligatura partnered up with THE BREW BOTHERS SB.

I was recently checking out the space as they renewed some of the interior, built a coffee bar for people to come in and hang out, chat with some co-workers if they are around and enjoy the special coffee treats.
Surely I did take a camera with me. This time, the Pentacon Practika equipped with a 28mm wide-angle lens (and relatively large aperture with 2.5), shot some color negative film of the people hanging out and to give you an impression of what the coffee bar area looks like.

Lastly, I hope you could enjoy the ride and like the result of my snaps while visiting Ligatura and The Brew Brothers. If you are in the area, I highly recommend dropping by and ask for the specialties they offer.