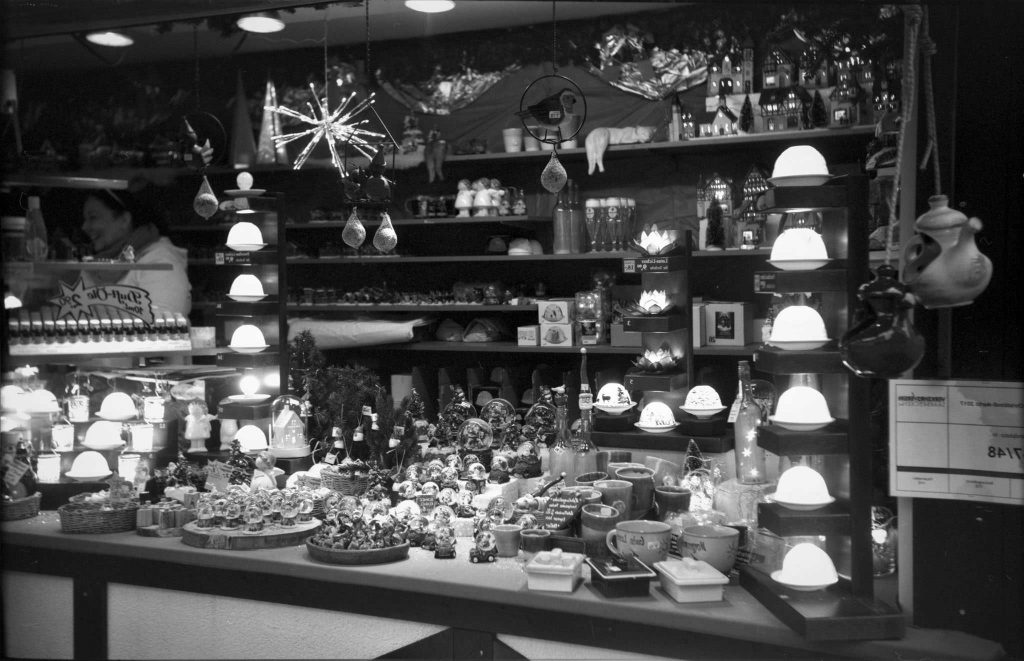 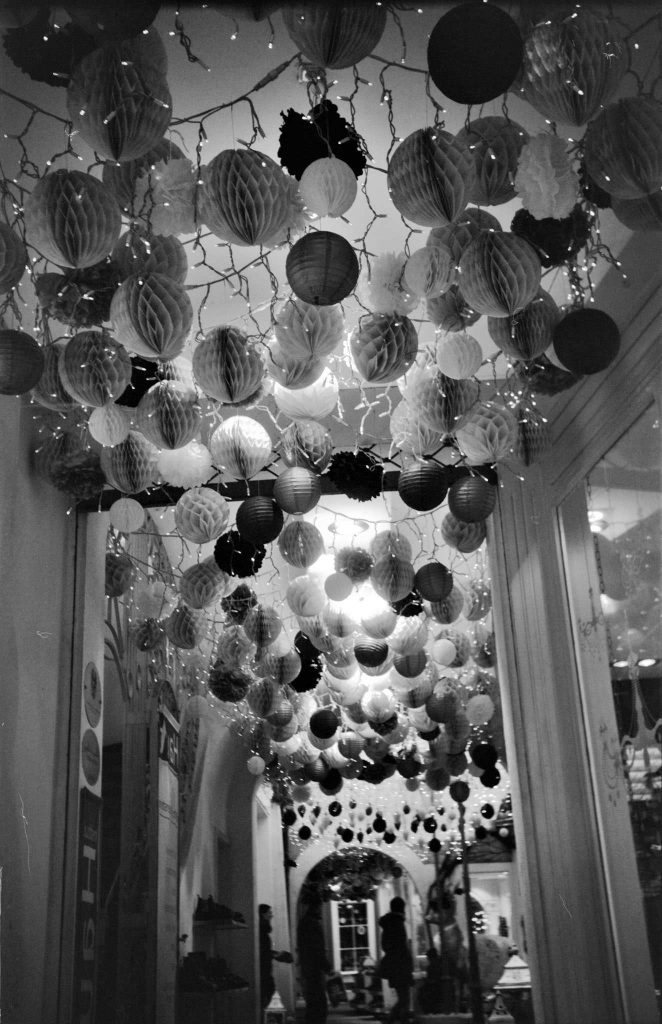 Being a medium format camera, a folding camera is super lightweight and relatively compact. One fact contributing to the compactness is the lack of a mirror. That said, you will have to deal with a rangefinder camera here.

Not only the lack of a mirror makes this camera super silent but the leaf shutter in the lens. You can barely make out a sound when the shutter is released. This can be super handy when trying not to draw any attention to your shooting. However, it is still a medium format camera and when spotted people will look at you and might question your intentions when shooting out in the streets.

The camera is super easy and fast to load.
Having all the exposure adjustments on the relatively small lens can be a bit flimsy, yet there is not much to do, setting the aperture is fine, the ring for shutter speeds are a bit harder to dial in whenever you have to adjust quickly.
The shutter is super easy to cock as well and has to be released on the left side of the camera which can be a bit inconvenient as we are usually used to pressing the shutter button on the right side of a camera.

Here is an overview of how to operate the camera 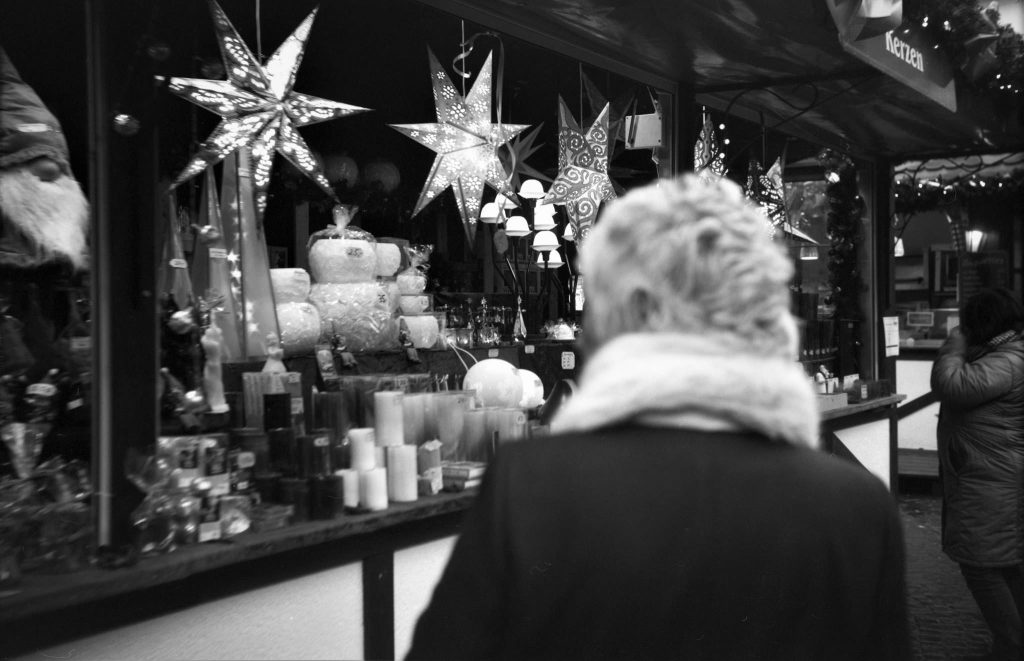 By no means is this a camera suited to getting a quick shot. The operation is relatively slow as you have to be cautious of your camera settings all the time.
I took the camera out while slandering down the streets during Christmas Markets downtown. Being a super lightweight and relatively compact camera, I could even fit it in my winter jacket without feeling annoyed.

Operating the camera, therefore, is a bit slow. You have to take out the camera, open it up. look at all your settings. Then you will check your framing, look at the shutter, then set up your shot and fire up. Next, you will have to manually advance the film by turning an advance wheel a couple of rotations until you can take another frame.

Where I live, wintertime often comes in the form of super cloudy and dimly lit days.  The widest aperture of 6.3 does not necessarily make your life easier for casual shooting.  On top of the hard lighting conditions, I had loaded some Fomapan 100 Black And White film

. Absolutely not ideal for what I was taking the camera out for that day.

How Far Can You Push Black And White Film?

However, I knew it would provide a chance to conquer another challenge: How far can you push relatively cheap black and white film?

While I was shooting I knew  I could not stick to 1600 iso as some scenes were a lot darker than it was in an openly lit area. I also did not want to go any lower in aperture and shutter speed.

I decided on a 5 stop push processing procedure. But how to conquer it?

My initial thought was to go with stand development. I have push processed using this method before, yet I was not sure about how it would turn out or the timings of this process.

The images would probably have benefited from a higher dynamic range.

For the sake of doing math with the timings, I decided to go with a more standardized approach to developing.

The results expected should be super contrasty and I knew I would most likely lose some dynamic range for the increased contrast one gets with push processing.

Looking up some development charts I could not find one bit of information on development timings using Fomapan 100 and Ilfotec DD-x.
Bummer!
I then looked up the charts for Ilford Delta 100. Despite the fact of developing times at 20°C was a bit different I could get to conclusions for times being doublet at 5 stops push processing.
I simply transferred this information over to Fomapan.

At regular temps, I would have ended up at around 15-16 minutes. I was not willing to develop this long so I have done some math again and was intending to increase the temperature for me to end up with shorter dev times.

Lucky me was surprised when taking out the roll of film after developing it. Some super contrasty black and white images.
And the image with the paper balloons I am the happiest with out of them all!

Here Is the Complete Roll I shot (8 Images)